What If We Believed Him? 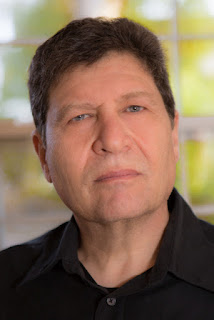 The phone call that pushed a CIA employee to blow the whistle on President Trump’s illegal effort to withhold money for Ukraine’s military until their president agreed to investigate Joe Biden and his son, Hunter, was “perfect” according to Trump.

The Washington Post has now counted over 13,000 false or misleading claims by the president in his 1000 days as president, but for just a moment, let’s suspend our disbelief and imagine that he believes he is telling the truth and truly believes his phone call with the President of Ukraine was perfect.

Let’s imagine that he’s telling the truth as he sees it when he says that he didn’t green light Turkey to invade Syria when he pulled our troops back. We should believe that he had no idea President Erdogan would send tanks and troops and vicious militias pouring over the border to slaughter the Kurdish fighters who had until then been our front line in the fight against ISIS. Let’s imagine Trump truly believes the Kurds are “happy” about watching their fellow soldiers and their wives, mothers, and children die and lose their homes as they run for their lives.

Let’s look back over the past three years and see if we can muster belief in Trump’s proclamations that we no longer need to be concerned about North Korea’s possession of nuclear weapons and continued program of missile development because Kim Jong-un has written him beautiful letters and Trump has fallen in love with him.

And the beautiful tariffs that Trump has levied on friends and foes alike. Let’s accept that he truly believes that it is they who are paying them, not us, the people of the United States and the companies who import those goods. Yes, let’s pretend it’s China paying those taxes before we buy them….at a higher price than before.

We must accept Trump’s assessment that the farmers are totally okay with losing billions in sales of crops that China is no longer buying in order to retaliate against the tariffs because the Trump administration is giving them welfare payments to partially make up for it. Of course many of them will lose their farms in the meantime, but their sacrifice is for the good of the country in our President’s views, so we should believe that.

And all the criminals and rapists he has assured us are pouring over our southern border — they look like women and children desperate to escape gang violence and poverty to us, but perhaps we need special glasses or something so we can see them as he does.

Not to mention the good people on both sides in Charlottesville. Those young men carrying tiki torches chanting “Jews Will Not Replace Us” may be good to their families and probably even the people they go to church with if they attend. We should believe that Trump is able to look beyond their hatred of everyone who isn’t white or Christian and see the good in them.

Yes, perhaps we should follow Trump’s call to end this divisive period in our history. We can learn to follow our Dear Leader and think Right Thoughts, see his Stable Genius and benefit from his Great and Unmatched Wisdom….or not.

We could recognize the truth—that he’s a liar and a criminal and deserves to be impeached. And if his lackeys in the Republican Party can’t muster the courage to do that, we can vote them and him out by the biggest margin in history next November. Now that would be perfect.

Posted by Paul Epstein at 7:20 AM No comments: