The Women Who had Abortions before Roe v. Wade

This is an article from the NY Times published on Sunday, Jan 23, 2022 that appeared on their website a couple days earlier. It is from the digital edition and may have been shortened in print. I am married to Rita Ray. 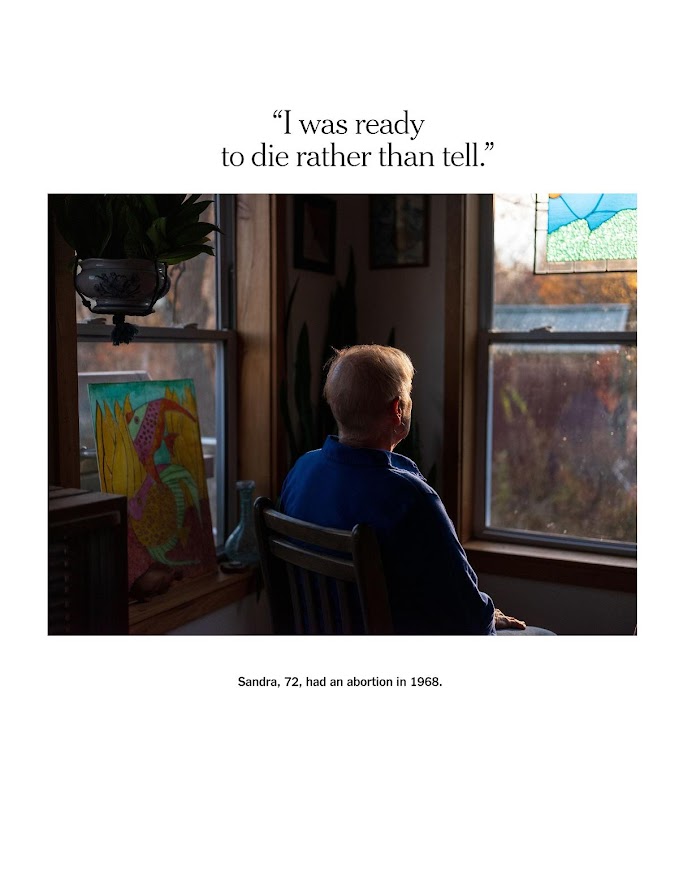 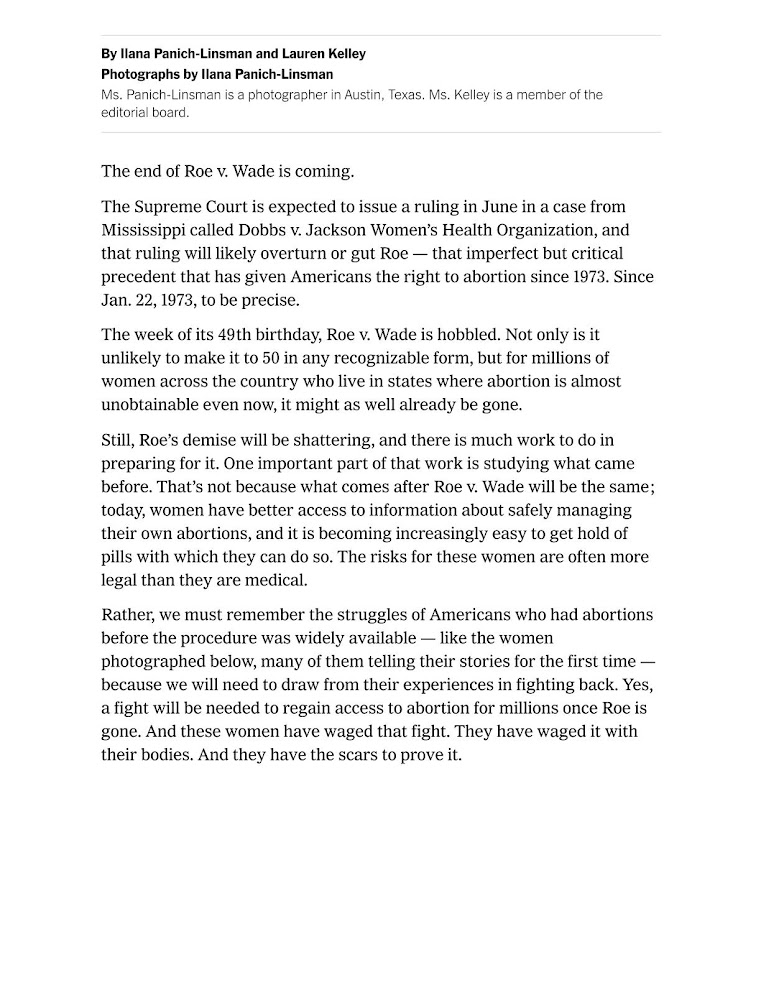 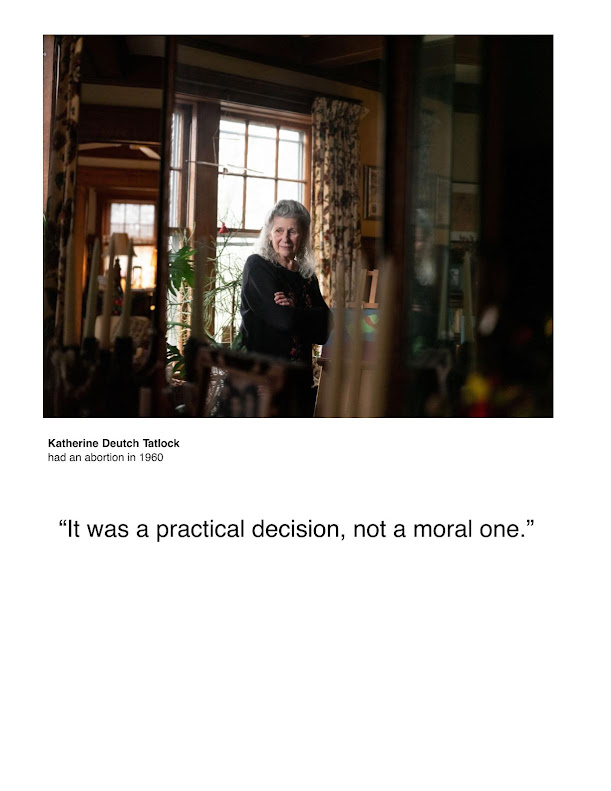 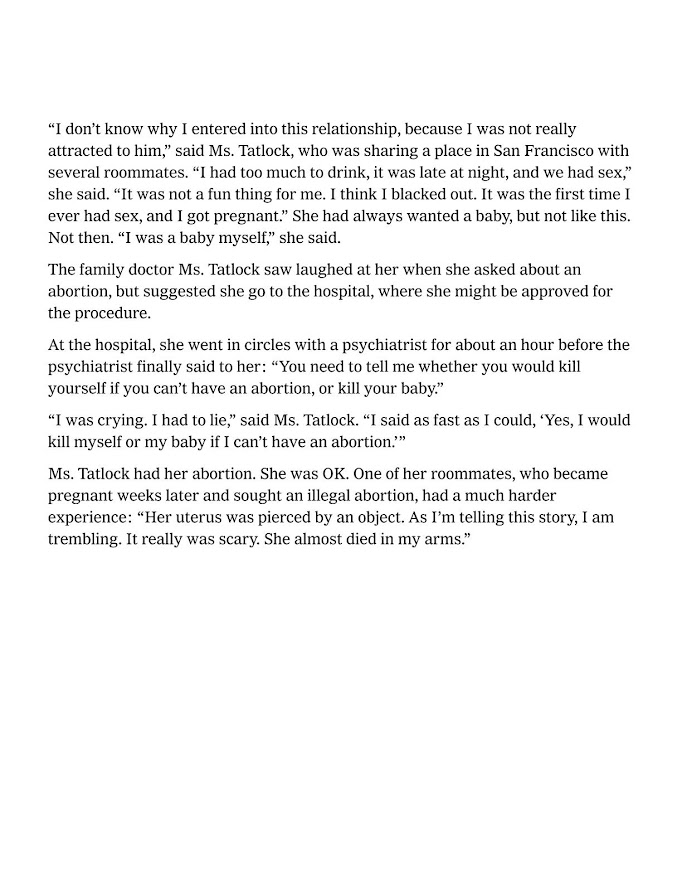 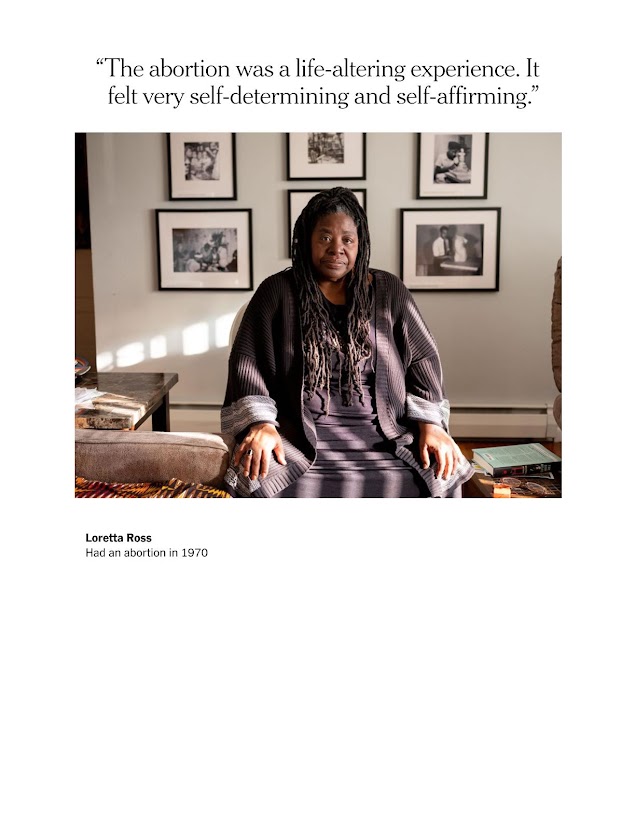 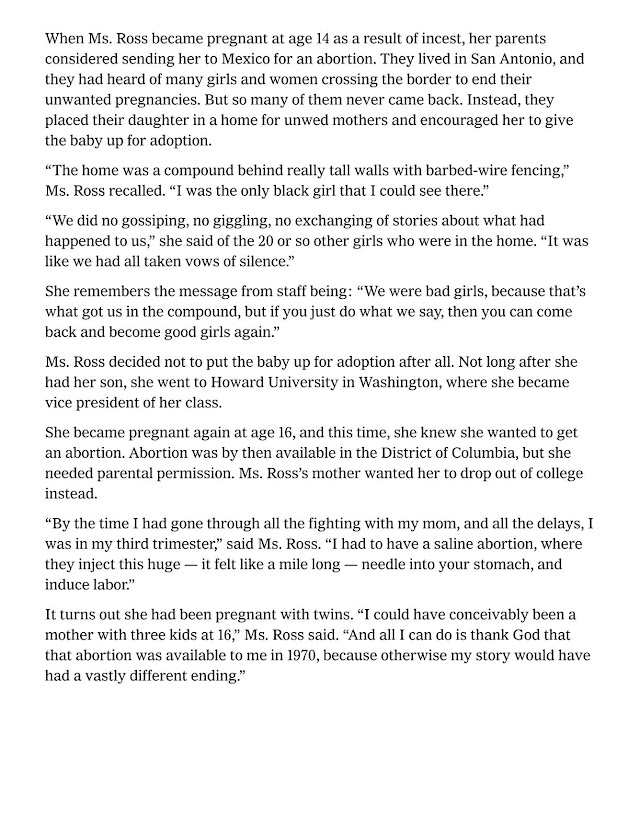 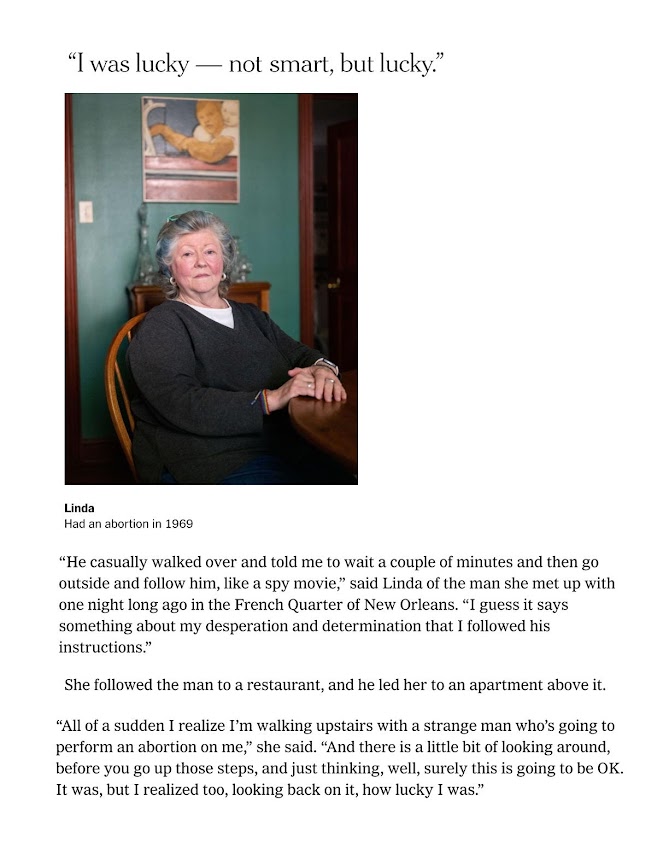 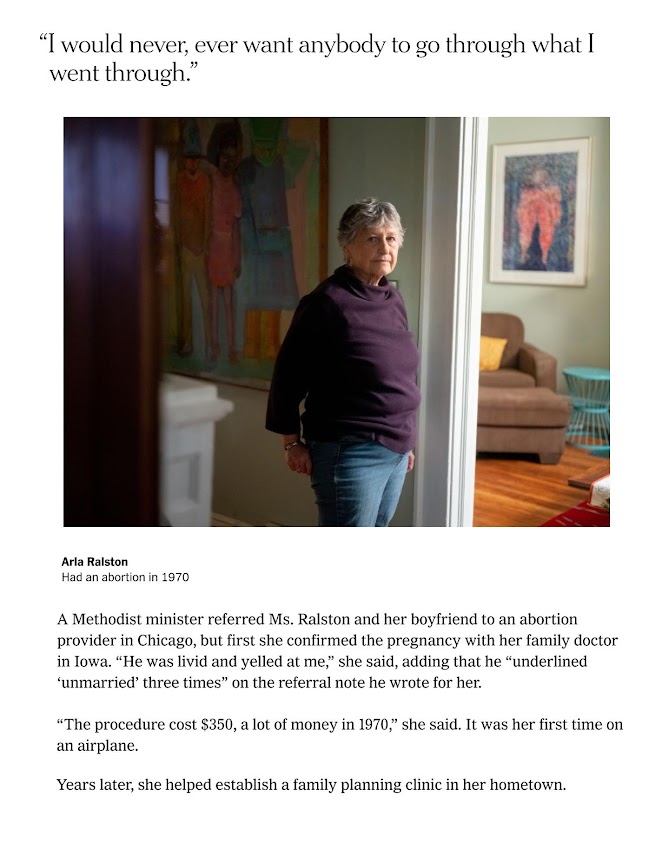 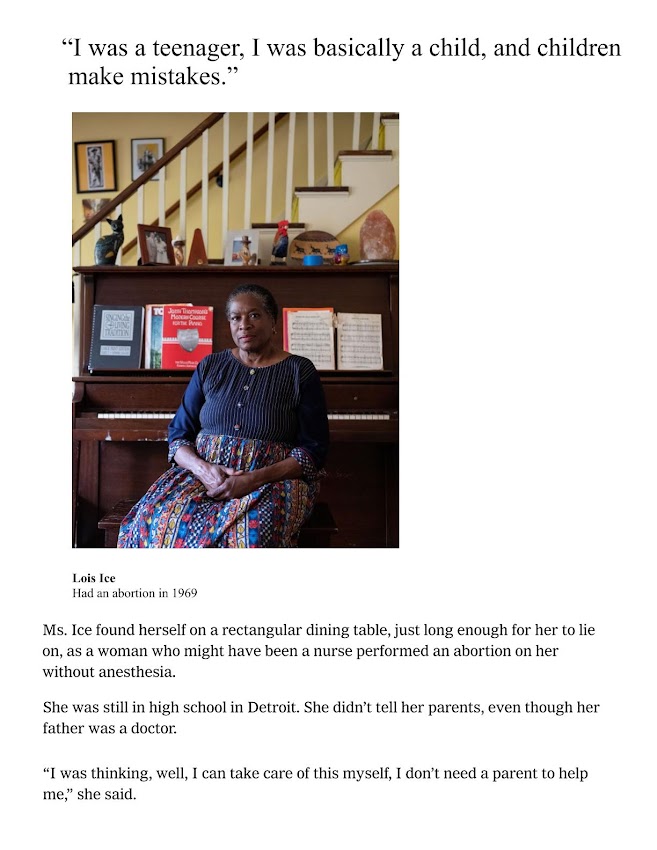 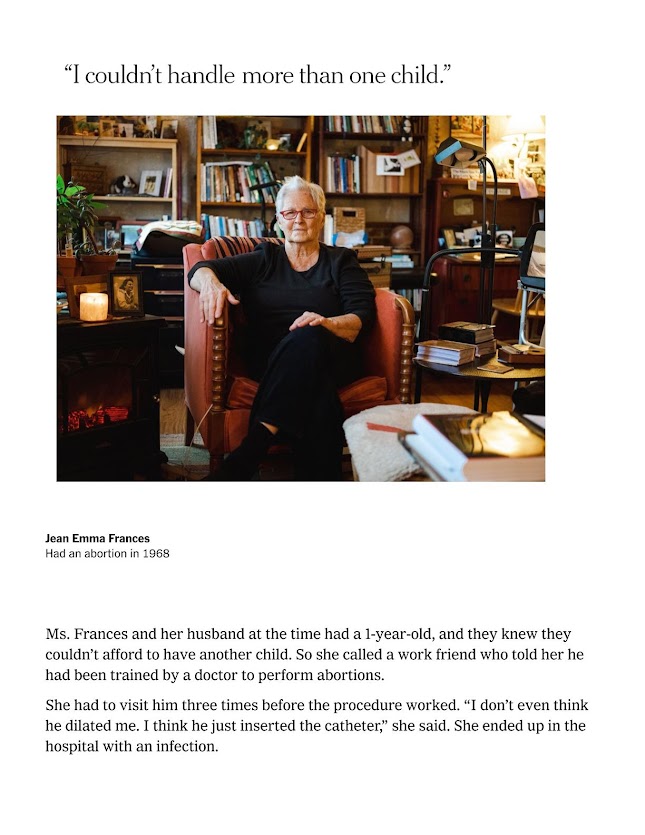 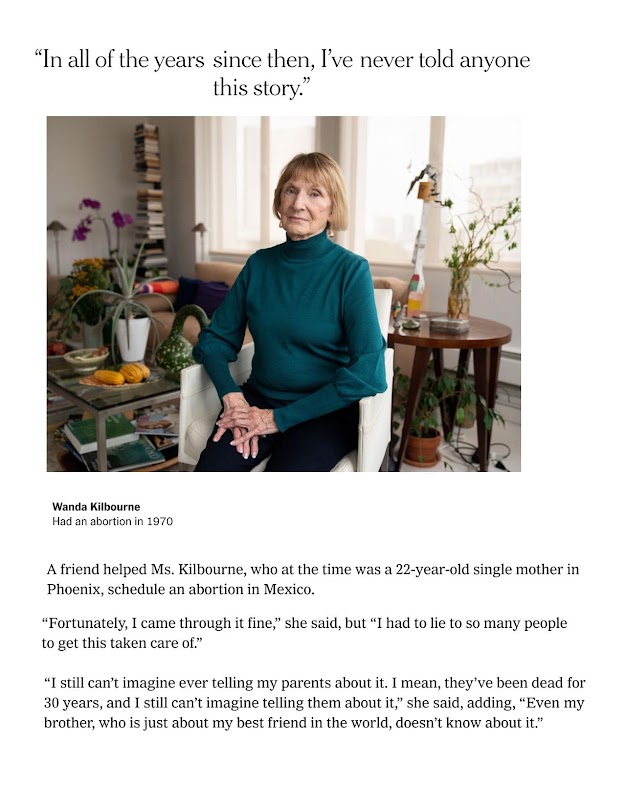 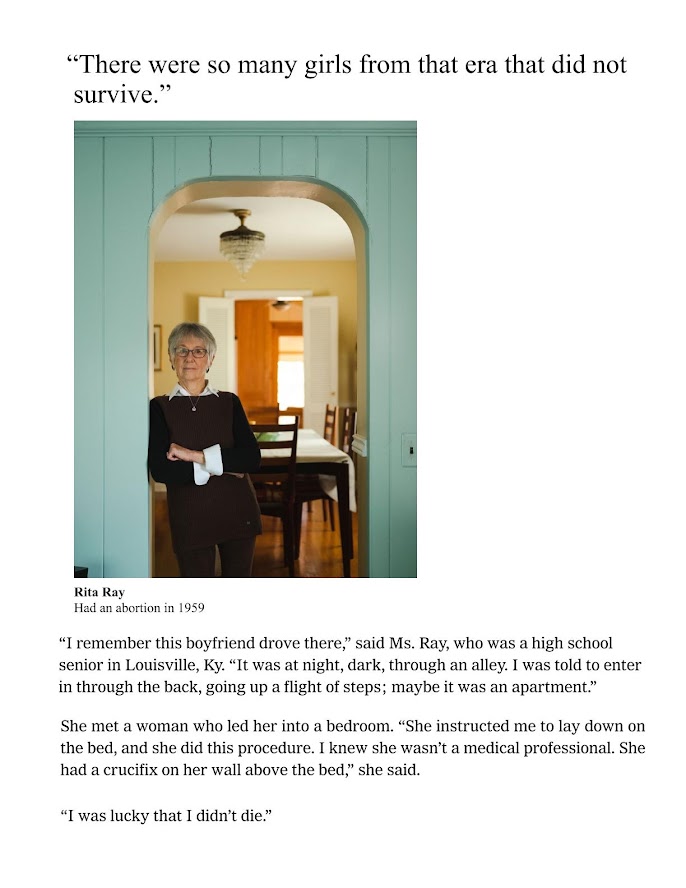 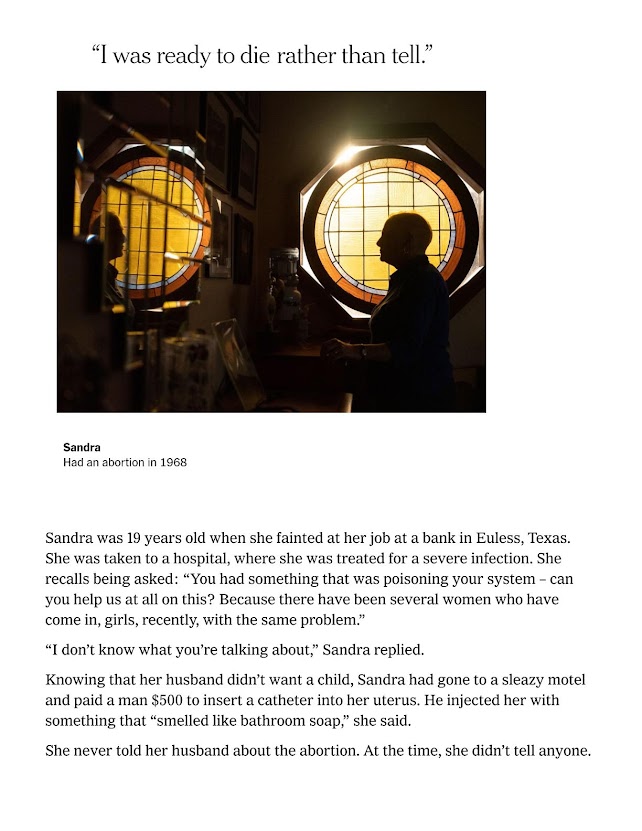 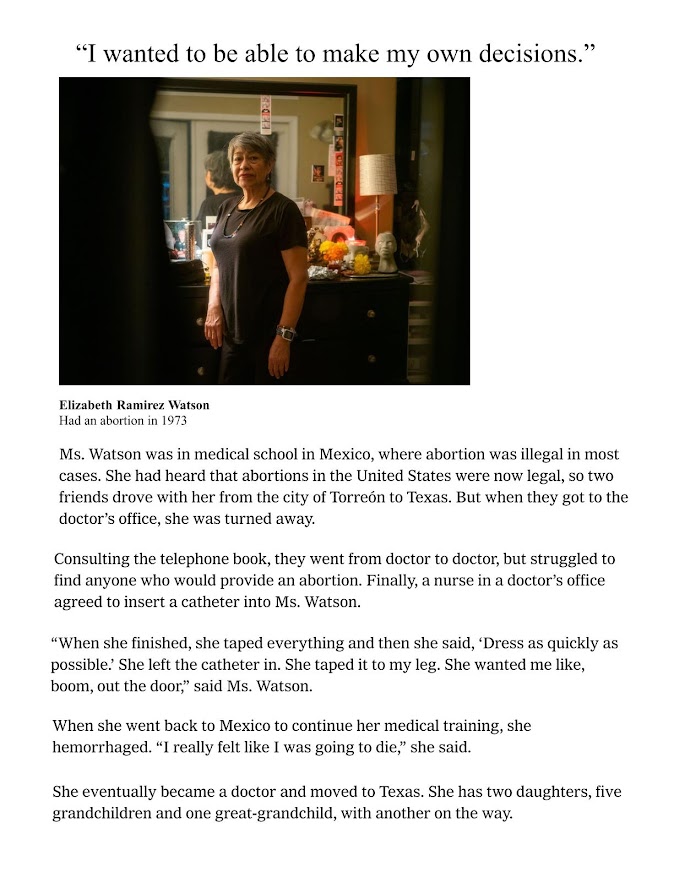 Posted by Paul Epstein at 11:40 AM No comments:

As some members of our legislature introduce legislation to prevent WV teachers from honestly teaching American history because they worry it is “divisive” or that white students will be ashamed of the facts of our American history, it’s worth reviewing what those facts are.

Imagine a world in which Christopher Columbus discovered America and the Europeans who followed were welcomed by Native Americans who, fed them, sold them land, and in a few rare instances fought against Europe’s and later America’s eventual colonization of the continent, generally living peacefully together with help from missionaries to learn agriculture and give up their former life of struggle to survive in a vast wilderness.

Imagine the Africans were brought to America in a mercantile exchange by brave and heroic sea captains outfitted by wealthy traders on multiple continents leading the United States to grow powerful on sea and land. Sugar from Caribbean plantations was shipped to New England where rum was made and shipped to Africa to trade for Africans who were enslaved to produce cotton. Imagine those Africans were happy in the New World, fed and housed by kindly white plantation owners and loved like members of the family. They were encouraged to attend church every Sunday to learn about God’s plan and intention—for the superior white race to use the wealth that was being created to build cities, transportation networks, and new technologies to achieve their “Manifest Destiny” of domination over North America.

Sadly, this is the “history” of the United States that was taught with few exceptions through the 1960’s and in some areas and some schools is still taught today. It is the whitewashed version of history that mobs of angry parents are demanding to have back in their schools.  Parents who are afraid their children can’t handle the truth and will feel distressed if they realize that their ancestors enslaved others and built the wealth and privilege they now enjoy over centuries. These parents are encouraged and sometimes funded and led by right wing dark money PACS and think tanks. They are trying to make schools into political hot button issues to affect upcoming elections using false claims that “critical race theory,” a theory studied by university scholars, is being used in public K-12 schools to shame white children. Oh, and that wearing masks or requiring vaccinations is impinging on their freedom to die of a deadly disease or be allowed to freely spread it.

Time for a little fact checking. Most Native Americans tried to get along with European colonists and wanted to trade with them, but the history of their treatment by the English, Spanish, and Americans is one of brutality, having their lands encroached upon and stolen, constant breaking of treaties, spread of deadly diseases, and efforts to simply wipe them out resulting in the death of as much as 90% of the indigenous population in a couple hundred years.

Captured and enslaved Africans were cruelly separated from their homelands, tribes and families and literally sold to the highest bidder and often worked to death and punished with beatings, whippings, or lynched if they dared to attempt escape or openly resist. Our Constitution protected the enslavement of black human beings and granted political power to southern states where their so-called human property could be counted as 3/5ths of a person to give them more seats in Congress and protect the “peculiar institution” of slavery, as it was known.

In the imaginary history of our right wing fellow citizens, any residual effects of slavery on the lives of African Americans that lingered after the Civil War were magically completely dispelled by the passage of the Civil Rights and Voting Rights Acts in the 1960’s. Of course that’s a fantasy, and there are countless examples from around the country of discrimination remaining in place in schools, workplaces, and housing; not to mention acts of violence including lynching by white citizens against blacks. Discrimination, brutality and even murder of blacks by police are well documented right into the present.

I did my best in elementary school classrooms in Clendenin and Charleston from 1987-2012 to help students reckon with the truth of our history while also exposing them to the many aspects of America that rightfully fill us with pride. In my experience, it was not the white students who were most affected emotionally by learning about some of the darker periods of our history—generally they wanted to know why inequality continues into the present day and what could be done to solve it. It was the black students who were the most affected, as some for the first time learned how badly their ancestors were treated and wondered why even today, as they no doubt heard from their families or witnessed themselves, they continue to face discrimination because of the color of their skin.

Posted by Paul Epstein at 11:34 AM No comments: