Apple or Bomb? Your Choice on November 8 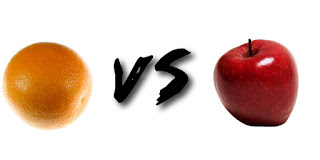 In this election, how will you compare a politician who has spent her career working to improve the lives of children and families with a wealthy businessman and reality TV star.

Donald Trump is a self-proclaimed multi-billionaire who grew his inheritance by making deals that he acknowledges have benefited him while often fleecing others. Trump University, being sued in three class action suits, is described as “a straight up fraud” by the Attorney General of NY.

Trump refuses to release his tax returns, so we assume he is hiding something. Is it that he pays little or no income tax? Are many of his businesses supported by foreign investors with questionable integrity? Many have speculated that it is his business interests in Russia that drive his admiration for their authoritarian leader, Vladimir Putin. Newsweek recently reported after extensive research that “If Donald Trump wins this election and his company is not immediately shut down or forever severed from the Trump family, the foreign policy of the United States of America could well be for sale.”

Trump claims he “is the least racist person you will ever meet.” Yet he has consistently made racist statements about Latinos and Muslims, and his first foray into politics was based on the allegation that Barack Obama was not born in America, an accusation that African Americans correctly interpret as a racist effort to delegitimize the first African American President of the United States. He recently retracted it under pressure from his campaign managers who are trying to make him more palatable to mainstream voters. Avowed racists and white nationalists recognize him as one of their own, however, and have been enthusiastically endorsing and campaigning for him.

PolitiFact, a Pulitzer Prize winning fact checker, has rated 70% of his claims in this campaign as mostly false, false, or “pants on fire.”

It’s hard for the media to stop talking about Trump (hard for me, too!) because he’s so outrageous and skilled at bringing attention to himself. Just minutes after playing clips of Clinton referring to Trump and no clips about the policies that comprised the bulk of her speech, an MSNBC anchor asked, “Why doesn’t she talk more about policy?”

In the recent NBC National Security Town Hall, Clinton had to spend half her time explaining the complexities of her e-mails as Secretary of State, a controversy created by the wasteful House Republican investigation into Benghazi.  Added to endless Whitewater investigation against her and her husband in the nineties that ended up uncovering nothing except a man who lied about his infidelity, Republicans have succeeded in creating the perception that the Clintons are dishonest. If she were the liar her critics claim, somewhere in the eleven hours of Benghazi testimony or the hours of FBI grilling there would have been cause for a perjury claim.  PolitiFact has ranked 72% of her campaign claims as true, mostly true, or half true. Remember, Trump: 70% falsehoods. How do you like them apples?

But let’s talk policy! There are many reasons to vote for Hillary Clinton besides saving the nation and the world from the turmoil of a Trump presidency. With eight years of steady leadership by President Obama, we have recovered from the Great Recession. We just learned 2015 median wages increased by a stunning 5%! Hillary Clinton plans to increase the job growth we have enjoyed the last 6 1/2 years through a variety of proposals, including increased spending on desperately needed infrastructure projects: roads, bridges, clean energy, high tech. She will work to raise the minimum wage, fight for equal pay and guaranteed family leave, child care and housing for those who need assistance. She will work to improve and expand the Affordable Care Act to cover more Americans and keep health care costs down.

Unlike her opponent who makes up policies on the fly and makes false claims about the effects they will have on jobs and the economy, Hillary Clinton has devised her proposals over the last year with many top experts, including Bernie Sanders. Go to hillaryclinton.com/issues to read her proposals, including a highly detailed fact sheet outlining how she will invest billions revitalizing coal communities.

West Virginians are struggling. Democrats in our state government have not provided the leadership needed to move our economy forward in a declining coal market, so many have decided to give Republicans a try. Like their national counterparts, however, they spread divisiveness, attack worker’s rights, want tax cuts for the wealthy, and starve needed government programs. Historically, under Democratic presidents, the economy improves for working people and those on the margins more than under Republicans, whose policies favor the wealthy. That’s why I’m excited about a President Hillary Clinton. She may not be the “apple of your eye,” but she’s not the poisonous fruit some portray her to be, nor the time bomb that is the alternative.