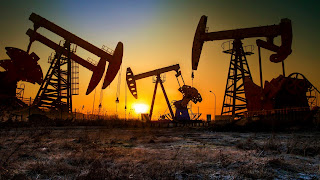 When it rains, it pours—especially in West Virginia in the 21st century, which is increasingly being defined by the effects of global warming. Climate change plays a role in most everything.

“The Power of Big Oil”, PBS Frontline’s 3 part documentary describes what amounts to a 50 year long conspiracy by fossil fuel companies and right wing think tanks and lobbyists to sow doubt on climate science. Exxon’s scientists were fully aware that disaster loomed and warned industry leaders that the burning of fossil fuels had been impacting the climate since the advent of the industrial revolution. The tipping point has been or will soon be reach, and we are living in a world virtually on fire with melting icecaps, rising sea level, ever more damaging hurricanes, tornadoes, derechos, and the severe thunderstorms that have flooded many WV communities.

Greenhouse gases, CO2 and methane from producing and burning fossil fuels: coal, oil, and gas are the culprits. But climate change also has impacts on human populations and the movement of people around the world.

Increasingly, immigration from developing countries to western nations is being used to stoke fears that the cultures of their majority white populations are threatened. People don’t just seek to enter the US and Europe for “a better way of life,” they are escaping droughts, fires, environmental damage and wars, causing them to flee for their lives and health of their children. It is often a choice of dying at home or dying trying to cross the desert at our southern border or the Mediterranean Sea in flimsy overcrowded boats.

Scientists warn that pathogens and their carriers will find their way from the tropics to places that were previously temperate. Remember the Zika virus carried by a tropical mosquito whose habitat continues moving farther north?

Many people find themselves reluctant to bring children into a world facing these major challenges (another reason why folks will fight to preserve their right to decide when and how to have children).

Big oil and coal want to keep the world addicted to fossil fuels. They use their wealth to fund politicians who stop legislation that tries to accelerate the transition to cleaner energy and they advertise the message that any effort to slow the use of the dirty energy that is despoiling our planet will hurt our pocketbooks. But it’s not your pocketbook they’re worried about, it’s theirs.

Putin’s invasion of Ukraine is a human and environmental catastrophe. I don’t know if scientists have ever quantified the amount of CO2 released into the atmosphere by the exploding missiles, bombs, and fires wars generate, but when you add the energy needed to rebuild whole cities, it has to be significant.

This particular war may also have some positive effect, however, on efforts to reduce fossil fuel use. European countries have more than doubled efforts to replace Russian natural gas with renewables. America needs to be doing the same. New investments in fossil fuel infrastructure is a mistake. More oil and gas drilling and building new pipelines won’t add supply fast enough to help Ukraine or lower gas prices during this spike in inflation. Continuing to rely on dirty energy dooms our future; a livable future depends on clean energy.

The real cost of fossil fuels is much higher than we pay at the pump. We pay with higher health care costs caused by pollution. We paying billions of tax dollars each year on “natural disasters” caused or made worse by a warming planet. Oil, coal, and gas producers should be paying those bills. America could lead the world to put a global price on carbon pollution. We could do it in away that protects poor and middle class Americans from the impacts of rising fossil fuel prices. Our West Virginia leadership should be advocating for these policies, not continuing to allow fossil fuel producers to pay few if any taxes and receive subsidies such as the WV Public Service Commission is allowing to keep coal burning power plants in operation.

Democrats (including Manchin) and several Republicans, passed President Biden’s infrastructure bill last year, which funds some of what’s needed to move our electric grid and transportation toward renewable energy. It’s time to pass the rest of the climate package that Senator Manchin stopped when came out against the Build Back Better package. We must work to leave our children and grandchildren a world in which when it rains, it doesn’t flood; when a forest fire starts, it doesn’t burn for months; where polar ice caps exist and our coasts are not inundated by storms and sea level rise; a world where people in developing nations can live a sustainable life and populations are not forced to become refugees of environmental disaster and war.